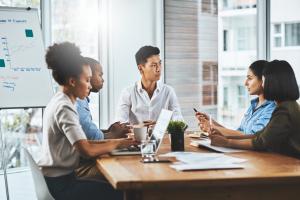 The MBDA Business Center - Chicago is funded by the U.S. Department of Commerce, Minority Business Development Agency (MBDA) and is operated by the Chicago Minority Supplier Development Council, Inc. (ChicagoMSDC), a premier organization that for 50 years has been dedicated to the development of minority-owned business enterprises (MBEs). 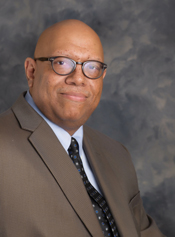 Dave Thomas is the Project Director of the MBDA Business Center in Chicago. As Project Director, Dave helps MBEs develop solid business relationships with corporations and government agencies and oversees the daily operations of the center. Dave’s career began in 1980 when he started working as a clerk at BP Oil (formerly Amoco Oil). While there he earned an Associate of Arts Degree in Architectural Drafting from Harold Washington College and soon began working as a draftsman in BP’s Marketing Engineering department as a CAD draftsman. In 1993, Dave enrolled at Roosevelt University where he earned a Bachelor of General Studies degree in Sociology and a Master of Science degree in Journalism, graduating in 1999.

In 2000, Dave became the Supplier Diversity Manager for an alliance partnership between BP Oil Company and Lend Lease, one of the world’s largest construction management companies. This partnership was responsible for the design and construction of all BP Oil gas stations throughout North America. Dave oversaw the supplier diversity program for this partnership which ran from 2000 until 2006. In November of 2006, Dave became the Supplier Diversity Manager at Nicor Gas, the natural gas utility for northern Illinois. In this role, he helped Nicor to achieve unprecedented levels of supplier diversity performance which resulted in him receiving the Anders C. Rasmussen Award as "Supplier Diversity Manager of the Year” in 2008. Later that year he would join the Chicago Minority Supplier Development Council (ChicagoMSDC) where he was appointed the Executive Director of MBDA’s Minority Business Opportunity Center (MBOC), the predecessor of the current MBDA Business Center.

In his spare time, Dave volunteers local charity organizations and is the editor of an internet-based high-end audio magazine called StereoTimes.com.

There is currently no content classified with this term.