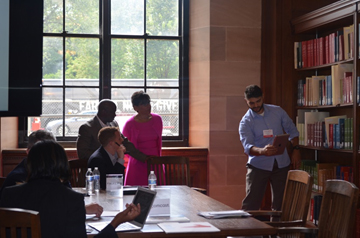 In support of the Department of Commerce’s “Open for Business” agenda, Secretary Penny Pritzker attended the White House sponsored Switch Pitch event offering startup businesses the opportunity to pitch their concepts and business plans to both private and government organizations. MBDA supported three minority business enterprises (MBEs) for the event and was able to connect with various other companies. 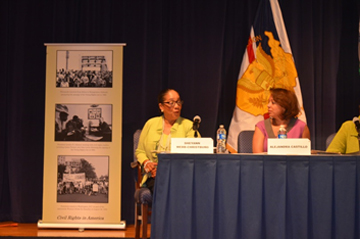 On the 50th Anniversary of the Voting Rights Act MBDA Director Alejandra Y. Castillo participated in a panel discussing the current state of civil rights in America and how it impacts the country economically. Sheyann Webb-Christburg, one of the youngest civil rights activists to march on “Bloody Sunday” in Selma, Alabama on March 7, 1965, was a featured speaker highlighting the progress that has been made but also challenges minorities still face in America. 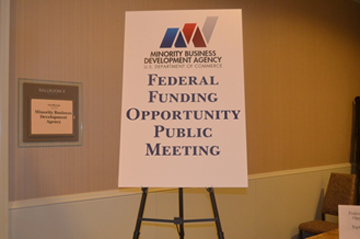 MBDA announced its plan to invest up to $13.4 million in grants to support the growth and expansion of MBEs in 2016. A public meeting was held in New Orleans during the agency’s National Training Conference in New Orleans where agency leadership provided background information and answered questions about the program and the grants process.

MBDA’s Deputy Director Albert Shen along with the Office of Business Development team signed a MOU with the American Minority Airport Council (AMAC) in support of its dedication to the promotion and participation of minority, women and disadvantaged business enterprises (M/W/DBE) owned in airport contracting. Deputy Director Shen, widely known for his “selfies” was also able to capture the moment after the signing of an MOU with Funding Circle. Through the Funding Circle marketplace, businesses looking to borrow up to $500,000 are matched with accredited individual and institutional investors. 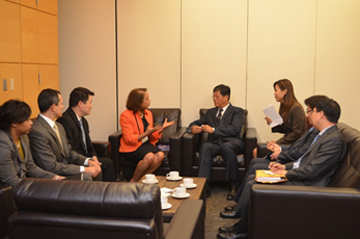 MBDA National Director Alejandra Y. Castillo met with the President of the Korean Trade Investment Promotion Agency (KOTRA) for the signing of the MOI between the two agencies and discussion on how Korean American business owners can expand their businesses globally to the Korean market.

The 2015 Essence Festival held annually in New Orleans attracted over 500,000 people to the city including thousands of minority entrepreneurs. MBDA partnered with Power Moves to provide a two day seminar for 50 entrepreneurs who received information on access to contracting, business marketing, how to grow their business in size and scale. 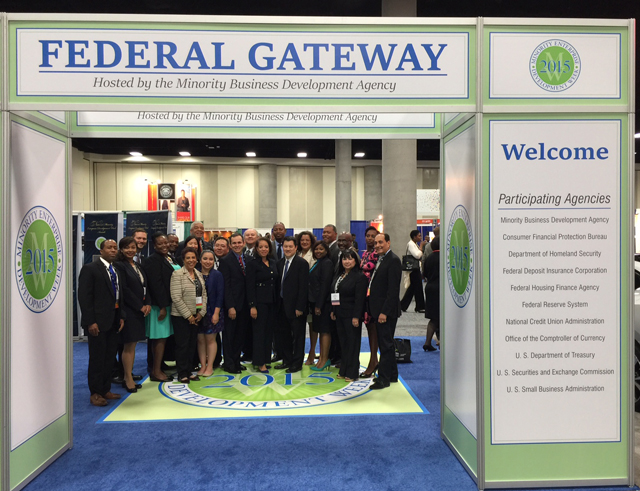 The 2015 Minority Enterprise Development Week was held in San Diego, CA where MBDA hosted 10 federal agencies at the 1st Federal Gateway featured at the National Minority Supplier Development Council Conference and Business Opportunity Exchange as well as several plenary sessions focusing on contracts, capital, global exporting and tech transfer. MBDA also recognized some of the Agency’s top performing MBEs of the year at the awards banquet to round off a very successful MED week 2015. 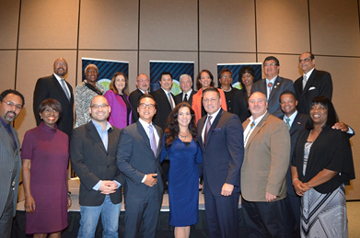