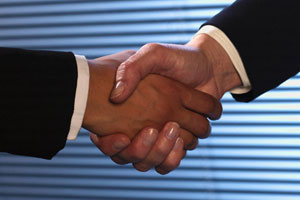 “MBDA looks forward to working with the National Urban League to increase our reach to minority entrepreneurs and help them grow to size and capacity,” said MBDA National Director David A. Hinson. “Our 46 centers around the nation are working diligently to provide avenues for minority businesses to grow and compete. The League’s Entrepreneurship Center Program will help us reach minority-owned firms in areas where we currently don’t have a presence and service more minority entrepreneurs in communities where we do.”

“Our Entrepreneurship Centers empower minority entrepreneurs to take advantage of new business opportunities and qualify for financing that will put them on the path towards professional success,” said Marc H. Morial, President and CEO of the National Urban League.

“We welcome this partnership with the MBDA and look forward to working with the agency to expand our efforts and give business owners the tools they need to achieve their goals.”

Minority-owned firms continue to grow significantly in number, increasing from 4 million in 2002 to 5.8 million in 2007, yet gross receipts lag behind those of non-minority-owned firms. One of the reasons for this gap is that minority businesses are largely represented in low growth sectors and their owners rely on personal debt and family financing versus business loans, equity, and other forms of financing, to operate and grow their businesses. This results in a lack of size, scale and capabilities when compared to non-minority-owned businesses.

The partnership between MBDA and the National Urban League aims to rectify this gap and assist firms that show promise of growth and sustainability in today’s marketplace.