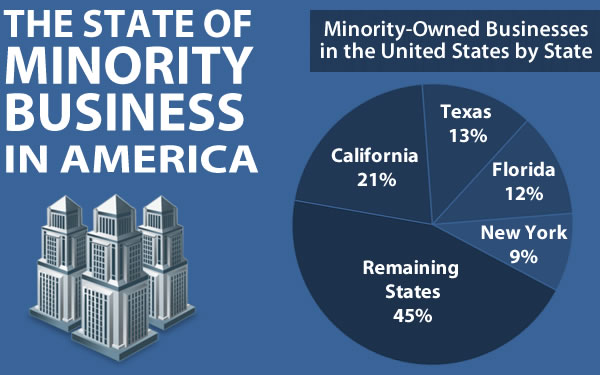 Source: MBDA’s analysis of data from the U.S. Census Bureau’s 2007 Survey of Business Owners. Data include the number of minority-owned businesses operating in 2007 and excludes data for businesses in Puerto Rico, the Virgin Islands and other U.S. territories.   For more information on the Survey of Business Owners please visit, https://www.census.gov/programs-surveys/sbo.html